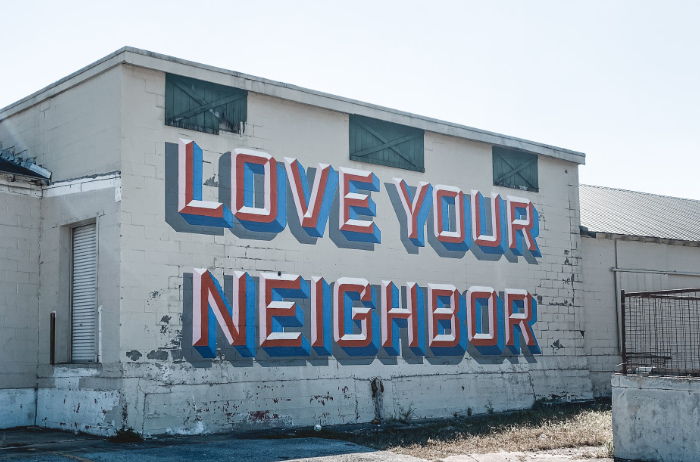 The brand new toolkit, “Speaking the Truth in Love About Racism,” is a critical resource for all NOW District members and congregations – especially those headed to the Convention in June. For Rev. Dr. Herb Hoefer, this toolkit is a little more personal: He served as the chair of the task force that created the studies and videos. This was done alongside other task force members Rev. Brad Malone, Ron Newton, Rev. Rick McCafferty, and Maria Vargas.

Hoefer, who served as a missionary for 29 years in India, offered a little more background on the experience of creating the toolkit and WHY it is so important.

“The mandate for the task force was outlined by the 2018 NOW District Convention (found here). In specific, we were directed to facilitate ‘honest conversation about racism and its effects’ and ‘develop tools to help congregations see and respond to racism and its effects in their local setting.’ To this end, the task force has produced Bible Studies, leader’s resources, devotions, video testimonies, and convention overtures.

“The task force was mandated to propose practical ‘tools’ that congregations and the district might use to address racism in our local setting. We felt that ‘speaking the truth in love’ at all levels was key to God’s path for His Church. Thus, our overtures encourage local dialogue, community outreach, ethnic representation, and support for church work students.”
This task force was very diverse – it was made up of people of different ages, backgrounds, and histories from across the Northwest District. Hoefer noted the deep level of commitment and care each person brought to the team.
“My personal philosophy in the church has been to respond when called upon. President Linnemann knows our District and appointed the task force members: an experienced African American male teacher, a Native Alaskan pastor, a young Latina social worker, and a leading urban parish pastor. I prepared a brief devotion for each of our weekly meetings (provided in the Bible Studies Leader’s Materials) as we all sought to take up our topics under the guidance and spirit of the Word. We all cared deeply about the issues and about hearing each other, under the Word.”
Task force members did a lot of work pulling together resources that would be useful for congregations. Each selection in the toolkit and in the bonus content area was chosen carefully. Hoefer was also able to lean on his own personal ministry experience throughout the development process.

“I did a lot of research reading books, listening to videos, and talking with community leaders and drafted the Bible Studies before we began to meet. The task force members had their own resources and great personal life experience.

There is a lot of material in the Leader’s Materials, the idea being that [she or he] can select what is helpful as resources for the Bible Study discussions in their local context,” Hoefer noted. “When I served full time and part time over 29 years in India, it was primarily among oppressed people. I also had served part time over six years for the district leading the Ethnic Ministries Task Force, so I knew some of the local issues and leaders. I had learned that God’s work is done by hearing each other and giving people a voice. The Holy Spirit lives among God’s People and acts through them. We dare not ‘squelch the Spirit,’ but rather facilitate His leading and acting through them.”

Get the toolkit here.