A Summary of OSLC’s Fathers in the Field Experience 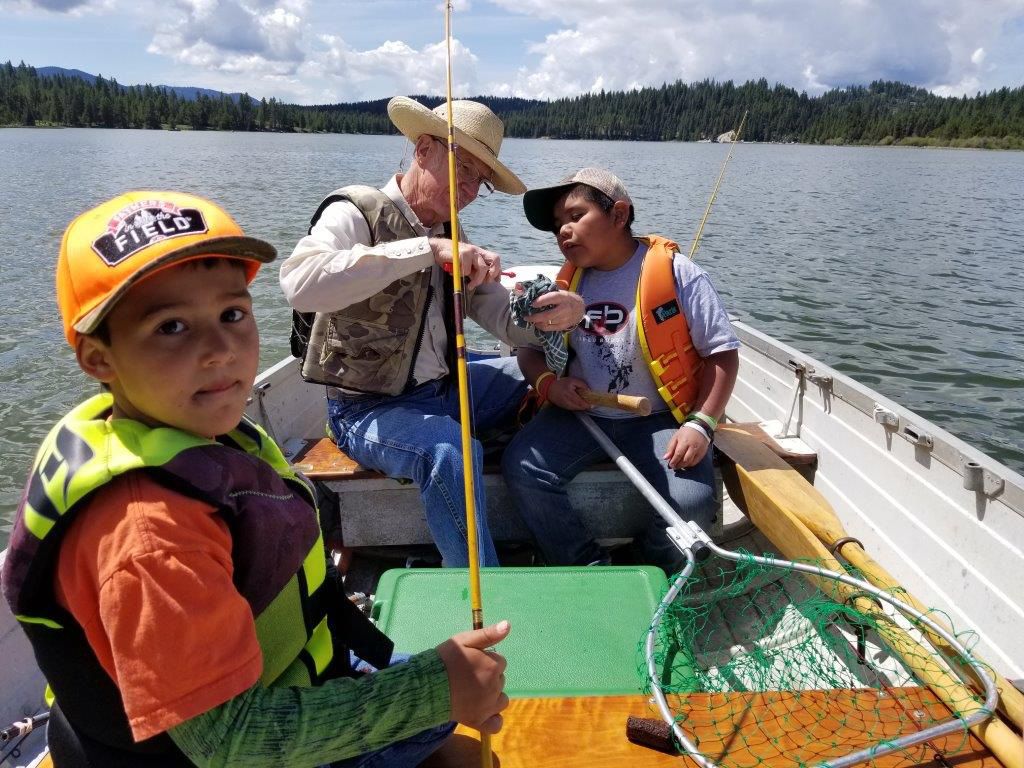 In 2016, Our Savior Lutheran Church (OSLC) in McCall, Idaho received a grant from NOW District funds earmarked for Circuit 10 to help them launch a local Fathers in the Field program, which matches sons of single mothers with mentor fathers. The participants graduated out of the program in 2022, and OSLC returned remaining funds to the District for other uses, as they will be able to fund the program themselves in the future. The following is a summary of the experience from one of the mentor fathers.

Our Savior Lutheran Church (OSLC) in McCall, Idaho became interested in Fathers in the Field in 2016, when a member saw an advertisement in an outdoors magazine. Fathers in the Field is a national organization that works through local churches to pair a fatherless boy between the ages of 7 and 17 with a Christian man as a mentor father. The boy, called a “field buddy,” is taken to church by the mentor father at least twice a month and introduced to the love of his Heavenly Father; they also do several other activities together each month. Together they complete a workbook of Christian instruction, do projects for the elderly and widows, and go fishing, hunting, swimming, berry picking or other fun things at least twice during the month. The field buddy and mentor father, along with the boy’s single mom and the church, commit to a 3-year program with each boy — but only one year at a time.

The cost of background checks for mentor fathers and gifts of outdoor equipment that the boy receives each month (if they complete all their commitments) cost $500 per year for each boy in the program. The cost was a concern for our small church; however, the Board of Ministry approved us becoming involved with Fathers in the Field and budgeted $1,000 as seed money to get the program started. At the same time, we applied for a grant of $7,500 from the NOW District, which in due course, was approved. The grant made it possible for us to try for several boys in the program.

Wesley and Paul completed the first year, and then due to a change in Wesley’s family situation, he and his mom declined signing up for the additional years. Yulmer with Bill, and Teagan with Robb, completed the full 3 years. It actually took 4 calendar years due to COVID, so they finished up in the spring of 2022.

A lot of good things came out of the effort to mentor the boys. Yulmer came to faith and was baptized in Payette Lake in August of 2021. Everyone, especially the single moms, can see a huge difference in both boys after completing the three years. It shows the positive effect an adult male mentor can have on a boy being raised without a dad. And even though the Fathers in the Field program has ended for Yulmer and Teagan, these boys will still be part of Bill and Robb’s lives as they grow into adulthood. Yulmer, who is 14 now, still goes to church with Bill each Sunday, and Teagan and Robb still spend time together, with Robb teaching Teagan to tie flies and jigs.

Since OSLC doesn’t have any active Fathers in the Field pairs now, the remaining grant funds have been returned to the District for other uses. Our finances are better at OSLC now, and we could fund the program if any additional field buddies become available. But without the District grant, the program would not have happened here! Anyone wanting additional information about our Fathers in the Field program may contact Bill Williams at 208-634-5381.