The NOWLeading Podcast: Send to Love, Love to Send! 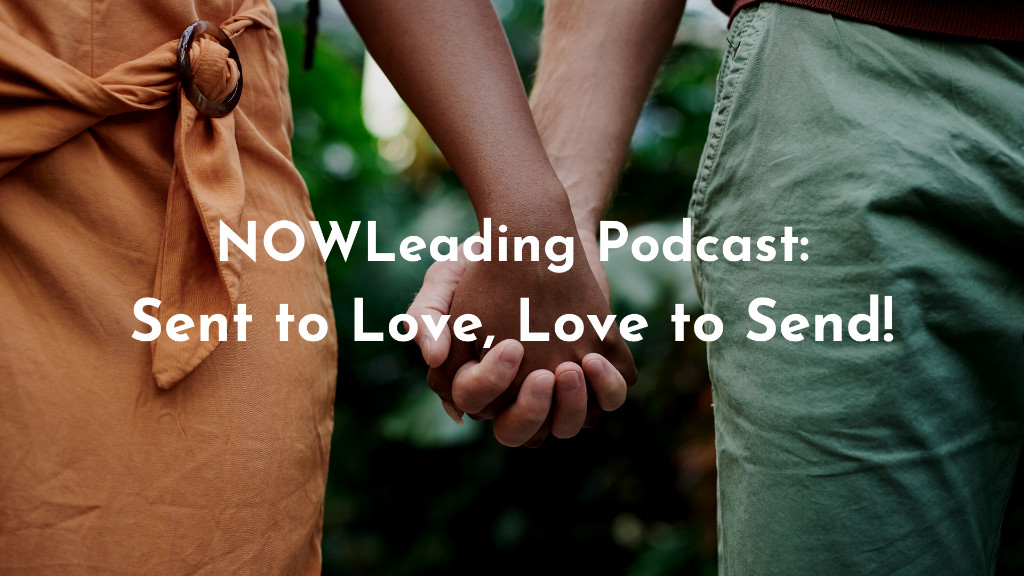 If you want to meet a power couple, just spend some time with Rev. Zabdi and Elizabeth Lopez. The husband and wife team are from two very different places on the map (Mexico and Wisconsin, respectively), but their mission of serving others is the same. They are featured in the latest installment of the NOWLeading Podcast. This episode captures a little bit of the joys, sorrows, and challenges of being a multi-ethnic couple committed to Jesus and His ways.

“We often talk about how funny it is that we grew up 3000 miles away from each other talking different languages, but our family culture was really similar,” Elizabeth said. “And the trajectory of both families was really mission-minded.”

Zabdi is pastor at Hope Lutheran Church in Woodburn, Oregon, while Elizabeth is an ELD (English Language Development) teacher in the Gervais School District. There are some cultural differences, but the two also share many similarities. They bring a Midwestern background (Elizabeth), Mexican heritage (Zabdi), experience with Japanese culture (Elizabeth), evangelistic/missionary heart (both). They were both raised by moms who were part of evangelistic groups, and they spent time doing summer ministries to help share the gospel – Zabdi going to villages in Mexico, and Elizabeth in her Wisconsin hometown.

Elizabeth also served as a missionary in Japan for 4 years. This has allowed her to experience what it’s like to be a minority – something Zabdi often faces in his day-to-day life.

“She went to live in Japan as an American; she knows what it feels to be a minority,” Zabdi said. “To be discriminated maybe because you are not from the main race, as an American. So when she comes back to the states, she sees what’s going on with Hispanic people. She lived that for 4 years. So she really understands.”

Elizabeth added: “And you really understand what it is to be in a place and maybe somebody doesn’t like you just because you are. They have no other reason. And to see sometimes how Hispanic people are treated… and almost silenced.” She sees this often when working with her students.

Being in Gervais has been such a blessing for them. They noted the many opportunities they’ve had since settling in.

“When we came here, God just really made it clear that that was where he had for us. And the door opened for us,” Elizabeth said. “We did an English/Spanish class there. And we’re still doing it to this day, but now the people are coming to church to do it instead of at the high school there. And so we’ve just been able to get to know people in the greater community.”

It’s evident that these two really want to find ways to meet the needs of those around them. And the best way to start has been just to go out into the community.

Zabdi agreed, adding that the people who come to you are the ones who are already in the church. You have to GO to find the people outside of the church.

The differences these two have experienced make it possible for them serve in a variety of cultural settings – which is helpful as they equip the next generation of leaders (including Elizabeth’s role in putting together an Oregon Pastors’ Wives Retreat coming up in May!). They also work hard to carry out the mission of Lutheran Latino Ministries, which is an important part of the NOW District. LLM works to connect people and resources for gospel outreach, train leaders, and provide culturally and linguistically accessible Word and Sacrament ministry.

At the 2022 District Convention, we recognized the importance of Lutheran Latino Ministries and the work they do by passing Resolution 2-11, which included the directive “to commend to our district members and congregations generous support of the Lutheran Latino Ministries organization.” Read the full Resolution here. We continue to lift up the work done by LLM, its leaders, and those who support the ministry. Visit LLM’s website to get more info.

Listen to the full episode below or download it from iTunes.

NOWLeading · “Sent to Love, Love to Send!” Zabdi and Elizabeth Lopez on Marriage and Ministry